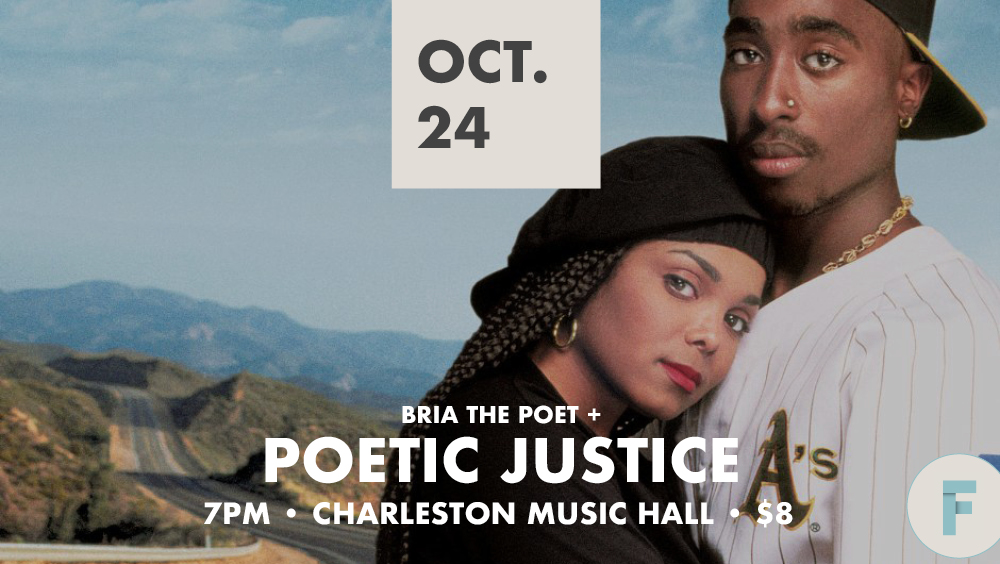 Celebrating the 25th anniversary of Poetic Justice at the Charleston Music Hall! Featuring Bria the poet.

Movie synopsis: Still grieving after the murder of her boyfriend, hairdresser Justice (Janet Jackson) writes poetry to deal with the pain of her loss. Unable to get to Oakland to attend a convention because of her broken-down car, Justice gets a lift with her friend, Iesha (Regina King) and Iesha’s postal worker boyfriend, Chicago (Joe Torry). Along for the ride is Chicago’s co-worker, Lucky (Tupac Shakur), to whom Justice grows close after some initial problems. But is she ready to open her heart again?